If Japanese read about Norwegian coffee culture, the story is written by Asaki Abumi

Asaki Abumi is a freelance journalist and photographer based in Oslo who writes about the Norwegian and Scandinavian coffee scene for multiple magazines in Japan.

Meet Asaki Abumi. She is one of the most smiling persons I have met. She lights up the room with curiosity when she enters the café. She works as a freelance journalist, coordinator and photographer based in Oslo, feeding the Japanese media stories since 2008.

Asaki is 33 years old, from Akita in Northern Japan. She also lived in Tokyo for 4 years studying French language and culture from Sofia University.  I met up with her to learn about what she is writing home about when it comes to coffee and other trends.

So why did you decided to come to Oslo?

I came to Norway as a journalist student in 2008. I took my master's in a “Media Science”. On the side I worked as a blog writer for a company that makes tourist guide books. This company was well known in Japan and I started to get a lot of interest from Japanese media. Writing at first and later on taking pictures as well. In Japan we have a thing called Kawaii, this translates to cute (for grown ups!). As a Japanese i could photograph with a Kawaii eye. I was writing and taking pictures of cafes and the Norwegian culture in general.

So you write about the Norwegian and Scandinavian coffee scene for multiple magazines in Japan, what kind of things do they wanna read about over there?

I divide my writing in to Kawaii Hokuo (translates to sweet Nordic) like for example Moomin and more nerdy and clean coffee stuff like Tim Wendelboe. This way I can write for more target groups. Kawaii for the women and the more nerdy stuff for the guys as a rule of thumb.

I meet a lot of Japanese tourists when I´m out drinking my coffee. This way I get to meet the people I am writing for, witch of course is great!

So you meet a lot of tourists from Japan here in Oslo?

Yea, they tend to find me actually. If they research about Oslo and Coffee from Japan, my name often comes up. One group that I meet quite often are young men that wanna open up a coffeeshop and also young couples traveling.

How did you get into coffee?

One day, I was in Fuglen Oslo and I randomly met Kenji Kojima and some other “Japanese coffee people”. They asked me if I could be a translator for their visit to Solberg & Hansen, Supreme Roastworks and Tim Wendelboe.

At that time I had not been drinking much coffee at all. I was intrigued when they started to talk about fruit flavors like strawberry in the coffee. I had never heard of this before and this was the start for me as a coffee drinker. I am so happy I met Kenji and the rest of you guys in the Oslo coffee scene! I must say Kenji has done a lot for the popularity of nordic coffee culture in Japan in general.

I will make sure I meet him next time he is in Oslo and post a picture of him! :)
So you don´t drink coffee to stay awake as a student in Japan?

I guess it is more common to drink if you have a long day at work as an “office working grown up”. As a student you drink green tea and energy drinks.

Filter coffee is normal. More normal than in Norway. But we put more milk and sugar in it. Both cold and hot is common. Ice coffee is popular especially in hot summer. I was surprised that there are still Norwegian who drink only hot coffee. One of my Norwegian friends warms his coffee in a microwave if it has cooled down! I find that super funny :) Yes, Starbucks is popular in Japan, we have more than 1300 Starbucks coffee outlets in Japan.

Did you get any other hobbies or habits after moving to Norway?

I started buying second hand, vintage and going to flea markets.  We don´t have the same kind of school flea markets in Japan so that is fun! I do quite a lot of photos for print magazines and a lot of the stuff I collect are perfect for this. Nordic Vintage like Cathrineholm, Figgjo and Stavangerflint  are Kawaii with a nordic touch!

Lately I have been writing more and coordinating more about politics. When I meet Japanese colleagues for bigger events I always send them to a good place for coffee though. Many times they come back saying something like “this was a new experience for me, I never tasted coffee like this in Tokyo”. There is also a strong culture in Japan for bringing small gifts to colleagues. I always try encourage Japanese to bring a bag of nice coffee home.

What is you “go to” place if you are out for a nice time?

Tonje and her place Retro Lykke have such nice ambiance and great milkshakes and tea. I would really recommend it. And of course for coffee, Tim Wendelboe around the corner!

What about coffee in Japan, what is your best tip?

Well, I never had much coffee in Japan since I started drinking it here. So I have to say Fuglen since they are my friends :)

Thanks for talking with us and hope to see you soon :)

Asaki Abumi shares moments from her life in Instagram.
Make sure to follow her @asakikiki and @hokuocoffee 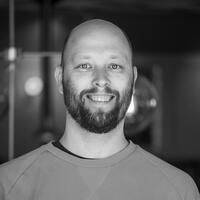 I have gone sick of coffee, and I have returned – once you go black there is no way back :)