Aeropress Go - What Is It and How to Brew With It?

Aeropress has been a barista favourite since it made to the coffee scene 15 years ago and now they have launched a new version of it; Aeropress Go. Aeropress Go is small, light, durable, easy to wash, versatile and fast in use. What’s not to love in Aeropress Go! See what's the Aeropress Go all about and how you can use it.

This handy device was invented in 2005. Ever since it has been a favourite of many baristas but also outgoing coffee lovers who want to have a great cup of coffee in nature.
Add only coffee beans, grinder and hot water and you are good to Go!

Talking about nature and also traveling, there is a new kid on the coffee block. Aeropress Go is the little bro of the original one. But what’s the difference and does it really matter?

Unlike the original, the Go comes with a mug which also serves (with the coaster) as a case for the whole package.

I think the mug is a great addition since you don’t need to pack a separate cup when going out to brew coffee. On the other hand, plastic mug might be a turnoff for some of the users. Then again, it is smart travelwise. And as it is a holder, it is pretty convenient. The lid of the holder serves nicely as a coaster.

Both versions include a stirrer and a scoop.

For me the scoop is not that important as I rather scale than scoop even in the woods, but it is definitely good to have the stirrer included. In Go version it is - of course - foldable.

Filter paper holder is small and compact in Go version. It also has a lid, very handy when traveling. Still the amount of filter papers included in the shipment is same as with the original.

Funnel is only included in the original version but if you need one, it can be easily DIY’ed. Be creative and use leaves if in nature, sheet of paper when in hotel room etc!

What made me marvel a bit was the different setup of the holes in the plastic filter. The holes in the original one are in straight lines before but now in Go they are in circles - and there is one hole ”missing” in the middle. I wonder why and how does it effect on the brew?

There are two things in Go one might consider as downsides. But are they really?

First, the size. Being 100 g lighter than the original, the Go is also 20% smaller in volume. Especially those who like to make inverted brews, this is not good news as you need all the space available for the water. Then again, you can easily tackle this by bypassing. Just make your brew stronger and then dilute it by adding hot water. Or if you are not a great fan of bypassing, you might want to try this double brewing technique.

About the inverted style: for sure it gives a cool touch when you flip the Aeropress and the crowd applauses. But inverting might also have an effect on your extraction as no water goes through the filter during the extraction time.

Another thing is the cylinder flange shape. The Go will not fit on wide cups as easily as the original. If you only use the mug included or another vessel that is compatible to the cylinder, this is not a problem either.

Do you always brew directly into the serving vessel? Try a pitcher instead. Then the coffee will not be as hot and it is also naturally stirred before serving when pouring. And if you are bypassing, this is your trick.

All in all Aeropress Go seems to be a nice update of the original. Value for the money, nice looking and at the end of the day has no real cons compared to the original.

Did you know there has been World Championship since 2008 for Aeropress oriented baristas?! There is a movie covering this and a lot more. If you want to brew like the champions, check their recipes Asser Christensen from Coffee Chronicler has gathered up! What is your best recipe? Share it with us below!

How to Brew with Aeropress - Brew Guide 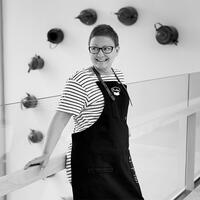