Sense of Smell and Coffee - How Can You Improve Your Smelling?

Coffee has dozens of flavors and in order to pull out those flavors correctly one need not only sense of taste but also sense of smell. Without sense of smell it's almost impossible to taste anything from coffee. Once in a while our senses might be a bit out of order so in this blog I want to share tips how to improve your sense of smell.

Every spring I get allergic reaction for pollen and it really sucks not being able to breath. As I hope my life would not suck I also take medication for my allergies, I have heard there are many side effects for many. For me there is basically just one and that is reduced sense of smell. It also sucks but not as much as not being able to breath does. I wanted to speed up the process of return my senses back to normal as fast as possible.

We have five senses touch, smell, hear, sight and taste. All of our senses are connected very strongly. Senses help us to navigate through life safely but they also make our life meaningful. Researchers have found out that if lacking one or various senses people feel much more anxiety and even depression. Understandably as senses are a driver for most things we experience such appetite, relaxation, intimacy and much more. For coffee professional, it is also a most important tool to succeed in work.
Severe lack of smell is called anosmia and it is normally caused by accident or illnesses such as Parkinson’s disease. The more common version is called hyposmia, it is normally result of allergic reactions or infection. Person suffering from hyposmia has reduces ability to smell or detect odors. Luckily, hyposmia is not permanent and by doing little exercises the recovery can be quicken. The authorities instruct to start the exercises within a year of hyposmia.

Video above demonstrates how our sense of smell actually works.  Both of your nostrils have separate set of olfactory epithelium and that is where our olfactory receptor cells are. These cells detect the odors when you breath in and make it possible for us to smell. You can start testing your sense of smell by closing on nostril at time and by sniffing for example coffee grinds. As both nostril have their own system, there might be differences in sides.

In the research, people did the exercises for a half a year. The first three months the practicing is started by four different smells; rose, eucalyptus, lemon and clove.

After three months, the first set of odors is replaced by four new odors. These odors can be selected to persons liking, but good options are fragrant fruits such as tangerine, herbs such are thyme, rosemary or sage. In addition, teas such as jasmine, green tea or bergamot work well. Exercises continue in the same way as the three first months.

Remember that life habits have effect on senses. Avoiding smoking and having good mouth hygiene helps to recover sense of smell. Your odor refectory neurons are being replaced every four to eight weeks making the recovery possible. And for those who just want to perfect their sense of smell, the best tip is to start sniffing, as smelling is something any of us can practice. Start with familiar odors and move to newer ones as you go. Paying attentions to smells also helps you to smell more as majority of smelling in unintentional by putting thought to smells surrounding you more likely you are going to sense more smells and odors. 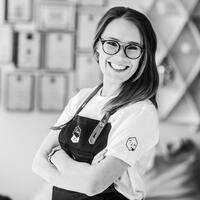